Shabodi: Building a Critical Bridge Between the Application Development, Networking World and Monetization 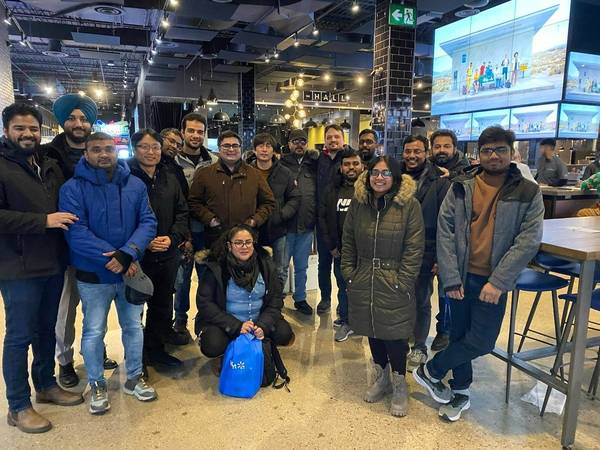 Shabodi: Building a Critical Bridge Between the Application Development, Networking World and Monetization

In the manufacturing world, just-in-time (JIT) is a popular management strategy that allows a company to receive goods as close as possible to the needed time. It increases efficiency, reduces waste, and ultimately, lowers costs to the manufacturer.

But what if that same just-in-time concept could be applied to a business’s connectivity network?

In the not-too-distant past, networks were like manufacturing operations before the days of just-in-time delivery. Networks were closed and proprietary, hard to manage and hard to change. Beyond connectivity, these networks offer limited pathways to monetization, hindering opportunities for Communication Service Providers (CSP).

However, this one size fits all connectivity simply can’t sustain the demands of Industry 4.0. Manufacturers, defence contractors, mining, construction and oil and gas sectors (just to name a few) are rapidly moving toward IoT-enabled business operations that demand more finite control over how and when a network is utilized and how that network can more smartly support surrounding business systems— from autonomous vehicles to personal wearables to robotic control arms.

With the emergence of advanced networks such as LTE, 5G, Wifi 6 and 6G, for the first time, networks are now programmable from end to end, and entirely controllable by software. This opens up new possibilities for applications and networks to work synergistically, and to the point made above, operate smarter and with greater efficiency. Network programmability represents an industry inflection point for CSPs that seek monetizable usage of their networks beyond connectivity.

Don’t think it’s possible? Twilio’s web service API is wildly popular with developers needing to integrate messaging, voice, and other network services into their products (Uber, Airbnb, etc.). As of today, that company’s market capitalization is $9B, peaking in 2021 at $72B. Twilio’s platform proves there is market potential for programmable networks, made possible by the developers who build value on top of that network.

For CSPs, this means that networks can move beyond “dumb pipe” for communication to become a source of value creation working directly with the application ecosystem (developers) for the first time.

For application developers and solution providers, advanced networks like 5G represent far more than a network upgrade. They are a completely new application paradigm that will give rise to a new breed of network-intelligent applications that exploit the network for QoS, QFI, security and other functions. These applications will enable developers to solve problems previously believed to be unsolvable.

Shabodi was founded in 2020 by telco/startup veteran Vikram Chopra and former Cisco/Juniper Networks CTO- Harpreet Geekee, with another Cisco veteran and early Shabodi investor, Ramesh Kaza joining the team in 2022.

Shabodi’s Application Enablement Platform (AEP) works to simplify network APIs so application developers can build “network-aware” solutions and interact and manipulate a network in real-time to take advantage of its new platform capabilities without significant knowledge or training. Just as Twilio’s advanced suite of APIs enables developers to tap into SMS and Voice capabilities, Shabodi is enabling app builders to exploit the network for QoS, security and other functions.

“Companies now want fine-grained control over how and where their network is deployed so that resources are used with maximum efficiency. And advanced networks like 5G give us that ability,” explains Shabodi’s CEO, Vikram Chopra.

But in and amongst this value lies another tricky problem.

Says Chopra, “Application developers know the world of software. They aren’t networking experts. To take advantage of the potential represented by the programmable network, they have to learn a brand-new domain. They have to understand networking constructs, which is no easy task.

It's one of the main reasons that 5G is still in its infancy. It’s fine to deploy 5G technology in a test lab with a few folks who have the knowledge and skill required. But for the programmable network to go mainstream, there needs to be something that bridges the software development and networking worlds.”

By simplifying a developer’s ability to access the programmable aspects of the network, Shabodi allows them to build open applications that can be easily deployed and re-deployed to any Shabodi-enhanced private application network. This accelerates that business’s time to market for network-enabled applications. It also lowers costs to the enterprise, because those applications can protect the network from overutilization.

Chopra cites a “just-in-time” network example from the mining industry, where leaders are looking to leverage advanced networks as a way to improve human safety.

“Imagine a scenario where a mining operation not only needs to improve voice and data communications between workers and equipment deep underground but also on the surface. Traditional Wi-Fi is not feasible across hundreds of kilometres of underground tunnels, especially when heavy machinery such as AGVs, drills, and haulers are operated autonomously or remotely. On a Wi-Fi network, there is a possibility of equipment stalling and requiring a human technician to investigate the problem. This is both a human safety and productivity problem.

But what if a drone or robot could do the job? As machines become more intelligent, they can process more data locally on the edge. But that effort currently requires and uses up valuable network resources. The beauty of 5G is that you can now access its programmatic capabilities to prioritize and leverage those resources in a more granular way.

For instance, a specific drill/robot/AGV/drone needs X bandwidth and X latency at a certain period, whereas other equipment may be sitting idle. How does the developer prioritize the network for those applications in real-time to optimize performance on-demand without: 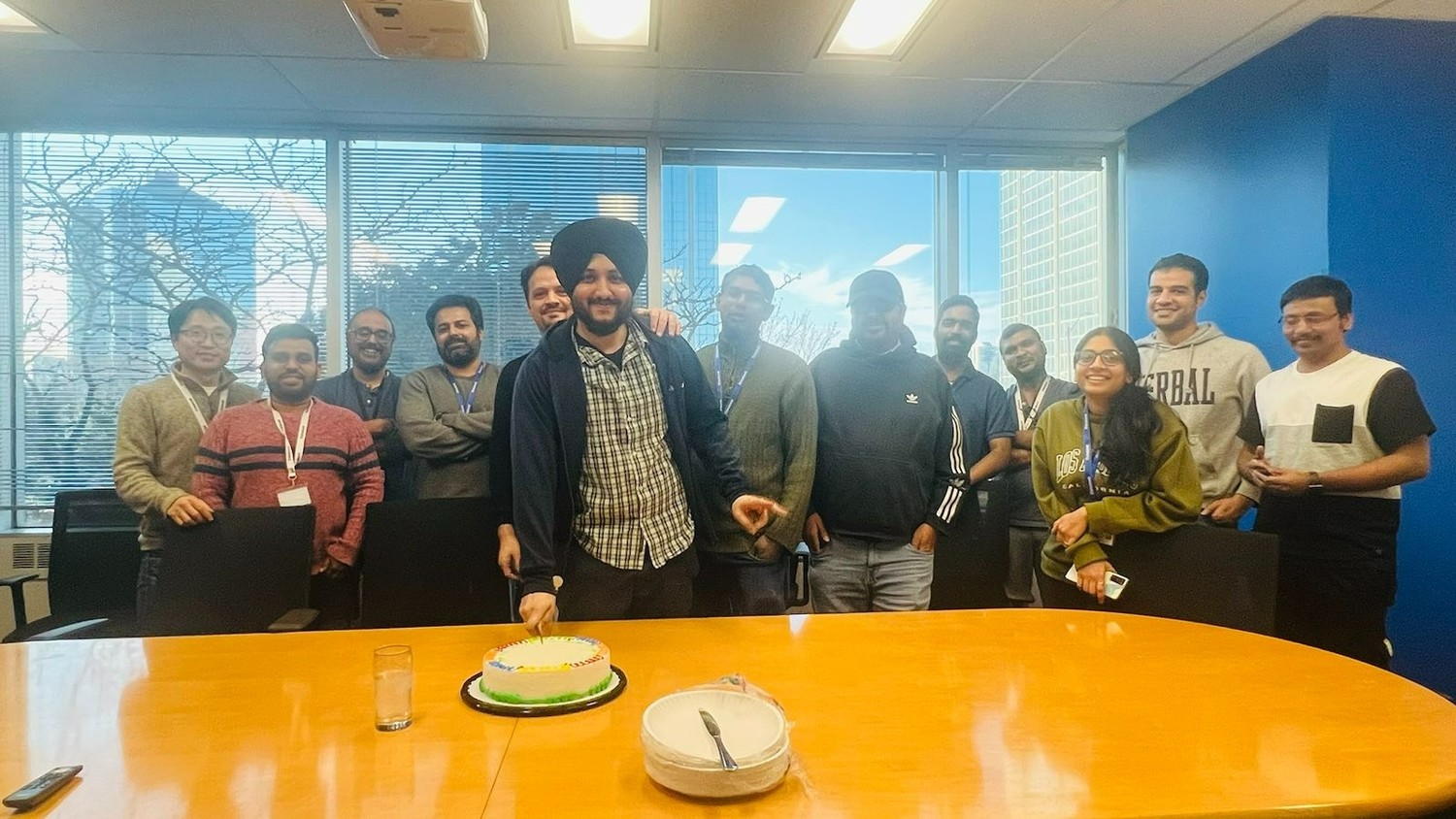 Shabodi’s open platform design also allows enterprises to take advantage of multi-vendor 5G deployments which are more the norm than the exception.

“Your core can be from one vendor with Edge, RAN from another. So as an API provider, we must have a relationship with many of the larger players so that application developers can build on that interoperability as enterprises do not want to be locked-in to any one network equipment provider,” says Chopra.

Shabodi’s participation in the 5G Open Innovation Lab (5G Oil) has opened doors to an ecosystem of powerful and influential partners. Where once there were barriers to the CSP market, those barriers are quickly falling away. Strong enterprise interest in private cellular networks (5G, 4G LTE) and edge computing is blurring the lines of traditional networks. CSPs’ transition to 5G is now driving greater incentive to collaborate with non-traditional partners (HyperScalers as an example) forever changing their vendor landscape. The 5G Open Innovation Lab enabled Shabodi, along with startups, platform partners, and enterprises, to collaborate on what’s possible with future 5G and edge networks.  The program is unique in that it’s not designed to be an accelerator or incubator. As an open innovation network, it facilitates ecosystem collaboration and in turn, demonstrates to CSPs and enterprises what’s possible with emerging connectivity and edge network capabilities.

Says Chopra, “The Lab and its team are a direct conduit to some of the biggest CSPs and technology providers, the likes of T-Mobile, Nokia, Ericsson, Microsoft, Amdocs and Accenture. These are critical alliances that showcase our value prop and help us close enterprise deals. It can take months or even years for a startup of our size to even get a meeting, let alone build a relationship with companies of this calibre. I’d estimate our partnership with 5G Oil has cut down that timeline by at least 30%.”

Shabodi has also taken advantage of 5G Oil’s technology labs to build test cases for its platform and its interoperability with as many different networks as possible. The collaborative nature of the 5G Oil ecosystem has led to collaborations with other 5G Oil startups such as enterprise mobile network provider Expeto.

Says Chopra, “It’s clear evidence that The 5G Oil team truly believes in the startups within its ecosystem and is committed to delivering layers of value. That value goes well beyond any of our wildest expectations.”