Learnings from the Lab: Why Zero Trust is key to security 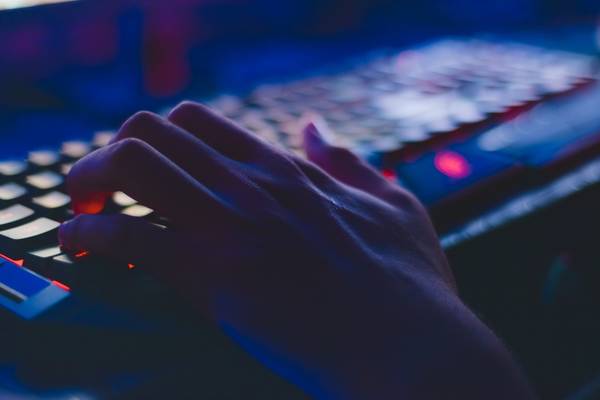 Here at the 5G Open Innovation Lab, we work with a wide range of leading platform and enterprise partners along with game-changing startups.  While the technologies and solutions run the gamut from remote surgery, autonomous tractors, IoT, AI, robotics, hyperscale data processing and much more. While we focus on helping our ecosystem unleash the power of 5G and enterprise edge computing, security is fundamental.

That’s why we’ve selected a number of security-focused startups to participate in our program, along with partnering with F5 and Palo Alto Networks – two of the leading security platform companies in the world.

Security becomes infinitely more important in a more connected world. Just look at all of the possibilities enabled by 5G. Some forecasts predict over 25 million IoT devices alone will be active by mid-decade. The threat vectors and surface attack areas continue broadening exponentially every day. No company can solve that challenge alone, which is why it’s such a critical part of our ecosystem.

The threats are staggering.  Mike Seymour, CRO of Onclave Networks, a rapidly growing McLean, VA.-based cybersecurity firm and 5G OI Lab participant, says on average it takes more than 250 days to find and mitigate a network breach. Cyberattacks are up 92%, and the average data breach now costs $3.86 million, according to our partner Keith O’Brien, Chief Technology Officer-WW Service Provider at Palo Alto Networks. O'Brien says bringing together big platform companies like his with the next frontier of digital transformation startups to build in security from the start is a key.

“5G security can be a proactive quiver in enterprise digital transformation,” O’Brien says.” With threats on the rise – including exploits, malware, malicious URLs, malicious DNS, spyware and command and control (C2) – bringing advanced cybersecurity capabilities to the 5G environment is critical.”

But even though Zero Trust is one of the big buzzwords in cybersecurity, there’s tremendous confusion, according to Onclave’s Seymour.

“Most CIO/CISO’s don’t have time, staff or budget to understand the different nuances so they end-up deploying more of what they know: VPN’s, Firewalls, and VxLANs…none of which were designed to scale with simplicity to support the massive number OT/IoT devices constantly being added to existing IT networks,” Seymour says.

Most security companies including Onclave and Palo Alto Alto Networks point to new federal government standards being developed following a White House Executive Order to improve the nation’s cybersecurity as an important step, helping bring a more holistic and simpler approach to security.

Seymour says the initiative is gaining serious momentum, specifically within the Department of Defense.

“As the DoD increases pilots with solutions like Onclave’s utilizing the new standards, we see enterprises with critical infrastructure such as hospitals and utilities rapidly following suit in the next year.”

While cyberattacks grow exponentially in sophistication and number seemingly by the minute, the consensus among security providers is a Zero Trust framework will dramatically reduce threats and attacks as well as cost and complexity in the network, and provide a critical foundation for enabling the transformational promise of 5G.  And you can expect plenty of the leading-edge solutions to emerge from the 5G Open Innovation Lab ecosystem.